Diapers, the necessary yet expensive household item, have become difficult for families to purchase. Still, a local mother ensures families have the resources to care for their children.

In 2016, Michela Hugo founded the CNY Diaper Bank. As a mother, she noticed firsthand the demand for diapers and the increasing costs.

Before Hugo made her organization, the CNY area did not provide a Diaper Bank branch. After reaching out to local human service agencies, Hugo knew the area was in critical need.

"Everyone that got back to me said they had families coming in all of the time asking for diapers, but they never had any to give, you know, they never had the right size, if they had any at all, they would only be only to give them a few," Hugo said.

The City of Syracuse is well above the state and national poverty lines. Although it has gone down, Hugo said that the number is hovering around 41% of children and families in need. Without government assistance, babies and parents deal with more personal struggles. Hugo said some families have nowhere to turn when they run out of diapers and have to deal with grueling consequences.

"From the obvious, children being left in dirty diapers for too long have physical consequences like diaper rash and infection," Hugo said. "But parents also experience high levels of stress, depression; the babies have interrupted sleep, it's awful."

This week marks Diaper Need Awareness Week, an initiative of the National Diaper Bank Network. Diaper Banks nationwide emphasize the idea of diaper needs and hold drives at their respective locations. Hugo said that since she's been a part of CNY Diaper Bank, diaper need has gained more visibility than ever before.

"When we first started, there were people all the time who were just like, 'What; people don't have diapers, how can that be? Doesn't WIC cover diapers? Like how do you not have diapers,'" Hugo said. 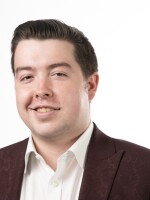 Jeremy Striano
Jeremy Striano is a graduate student studying Broadcast and Digital Journalism at Syracuse University's S.I. Newhouse School Of Public Communications, expected to graduate in May of 2023. As a Multimedia Reporter. Jeremy enjoys listening to show tunes and watching broadway musicals as well as trying different kinds of beers. You can follow him on Twitter @JPStriano98
See stories by Jeremy Striano