Missed the live broadcast of Mayor Walsh's 2022 State of the City address? We've got you covered! Head to Our City to read the full address here: https://t.co/isnKUDZPf7

Mayor Walsh recognizes the challenges city police may have engaging with community partners, yet they share the same goal of reducing gun violence. City Hall will be the homebase for the person filling this position. Walsh says they are looking for someone who has a background in areas like public administration, social work, or has worked in a public environment, but not necessarily in law enforcement. He also says the person must be comfortable with neighborhood and community involvement.

“Having someone who can act as an intermediary who has credibility whether they’re walking into my office, the public safety building or into any city neighborhood is critically important. That’s what we’re looking for.”

READY, RESILIENT, RISING In his 2022 State of the City address, Mayor Walsh shares that the City of Syracuse is resilient and ready to reach higher for greater progress and opportunity for all. #SYRSOTC2022 More here: https://t.co/D6ooyUTCfQ pic.twitter.com/LVMuZ6JHBG

The city is accepting applications.

New Common Councilor Amir Gethers says working with the Administration is going to better the lives of Syracuse residents. He says the Neighborhood Initiative is a priority for him and his constituents.

“A lot of the complaints that I’ve been hearing even with the gun suppression as well. I take it as a neighbor initiative because we’ve had a rough year last year, we have a record-breaking year of homicides.”

Mayor Walsh says reaching higher in our neighborhoods is a must yet can’t be achieved until residents feel safe.

If you missed the State of City Address and would like to know more, please visit
https://ourcity.syrgov.net/2022/01/2022-state-of-the-city-address/ 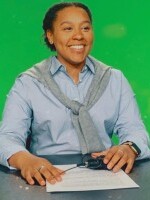