Central New Yorkers who have yet to be counted in the 2020 Census will have more time to respond to the once a decade national headcount. A federal judge ruled just days before the deadline that the count could not end prior to October 31st at risk of an undercount.

Syracuse Census Coordinator Tory Russo had been planning differently since the Trump administration changed the deadline from the end of October to the end of September late this summer. This new extension changes things again.

“That means us going all out for another month, so be it,” said Russo. “Because we won’t do this again for another 10 years. Just the impact of that, you can’t overstate how important.”

The deadline extension will allow Central New York Community partners to make up for some lost time. The COVID-19 shutdown and 2020 Census count in Central New York started almost simultaneously, having a negative effect on self-response rates.

Russo said the planning that had been going on much before then was reliant on person to person outreach, so they had to pivot quickly. As the area has been opening back up, they’ve been able to do modified versions of that, and will now have time to continue it.

“Right now, especially with things being a little more relaxed than they were in March, April or May, right now really is a time where we could be doing a lot.”

The Justice Department is expected to appeal the decision. But as long as this order is in place, Central New Yorkers will have more time to be counted. 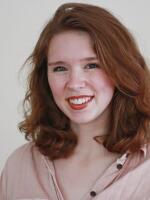 Katie Zilcosky
When I came to Syracuse University in 2014, I knew I wanted to go into journalism, and I was pretty sure I wanted to do television. When I was looking for ways to report outside of class, one of my professors recommended I start working at WAER. It wasn’t tv, but I thought it was a good place to start.
See stories by Katie Zilcosky