1.CNY workforce needs a boost before Micron opportunities can be accessible to all

Micron’s $100 billion plans to open up shop in Clay is the largest private investment in state history. The company will bring thousands of new jobs to the area. But the current workforce needs training and support in order for the area to meet this opportunity fully.

Onondaga County legislators approved a slightly modified $1.4 billion budget for 2023. The final vote for the 2023 budget was approved shortly after the county executive submitted it to lawmakers for review.

3. Baldwinsville school board puts superintendent on leave after DWI arrest

After his recent arrest for driving under the influence, Baldwinsville school board announces its Superintendent Jason Thomson is now on administrative leave.

The crime rate in New York is once again a concerning topic in the New York governor's race after two teenagers were shot Sunday outside Republican candidate Lee Zeldin's home.

6. A US Navy Admiral from Camillus stresses importance of cybersecurity in global conflicts

A Camillus native, who is now a high-ranking official with the U.S. Navy, described how cyberspace has become part of the battlefield in conflicts such as the Russian invasion of Ukraine.

Only a couple of months after a judge ruled to keep the Christopher Columbus monument downtown, many gathered Monday to celebrate Columbus Day with traditional Italian songs and dances and a wreath laying. 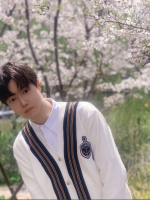