Syracuse festivals could be receiving a financial boost

Festivals in Syracuse could get some financial relief as city leaders approved $375,000 to help them recover from the pandemic. But not all councilors were on board with an amendment to set aside one-third of the dollars to bring Syracuse Jazzfest back to downtown.

Councilor Rita Paniagua was among the four to vote no. She supported Jazzfest but worries that the special treatment sets a bad precedent.

“We have in front of us a custom-tailored petition that ultimately benefits one individual,” Paniagua said. “If approved, it will grant this individual direct access to city funding, albeit without the necessary controls or accountability.”

While Councilor Paniagua worried that the fund needs close monitoring, Councilor Pat Hogan—who proposed the amendment—said the event plays a vital role in the city’s economy.

“To those who say this isn’t fair, you are wrong,” Hogan said. “What isn’t fair is to act like all these festivals are the same, and that they all have the same impact on the downtown economy and the city of Syracuse as a whole.”

During their virtual meeting, the Syracuse Common Council approved directing federal COVID relief dollars to the newly created Syracuse Festival Fund. The Downtown Syracuse Foundation would allocate the $375,000 to cover the costs such as booking fees and performer wages.

Hogan said Jazzfest would draw sizeable crowds to help downtown’s shops and restaurants recover from the pandemic. Councilor Joe Driscoll said Jazzfest is a strong contender because it already has state and county support, along with corporate sponsors.

“If any festival came to you with the same amount of guaranteed funding looking for a match from the city, I would be equally responsive to support such an effort,” Driscoll said. "My fear would be this would end up outside the city, downtown businesses and restaurants would miss out on this opportunity.”

In the end, the amended festival fund was approved unanimously. The Downtown Syracuse Foundation will vet festival applicants and distribute the funding. 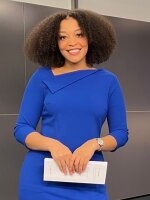 Sydni Eure
Sydni Eure serves as a Student Report at WAER. Sydni's career goal is to become a Multimedia Journalist, working in local news reporting and behind the scenes/digital production. Eure hopes to utilize her journalistic skills to make personal connections that will lead to awareness, hope, and positive change in her community.
See stories by Sydni Eure

Scott Willis
Scott Willis covers politics, local government, transportation, and arts and culture for WAER. He came to Syracuse from Detroit in 2001, where he began his career in radio as an intern and freelance reporter. Scott is honored and privileged to bring the day’s news and in-depth feature reporting to WAER’s dedicated and generous listeners. You can find him on twitter @swillisWAER and email him at srwillis@syr.edu.
See stories by Scott Willis