Some of our favorite Hollywood characters are tough guys. From the Fast & Furious Dominic Toretto to the Soprano’s Tony Soprano to Hugh Jackman’s Wolverine, the strong, silent, and sometimes violent type has represented unwritten rules of masculinity on the small and big screen. Pop culture’s portrayal of men often influences our understanding of masculinity and what it means to be “man enough”.

Actor/Director Justin Baldoni is attempting to redefine masculinity through his work and lived experience. The Jane the Virgin star and director of the Disney+ feature film Clouds joins Joe Lee on this episode of Pop Life to discuss his work and his new book Man Enough: Undefining My Masculinity. 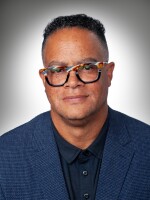