The launch of the exhibit at Syracuse University’s La Casita Cultural Center marks Hispanic Heritage month, which runs through mid-October.

Tere Panaigua, La Casita’s director, said the use of childhood items allows people across all backgrounds and generations to connect over the familiar experience of play.

“We have had people from the community that have contributed their precious dolls from collections that they have preserved for many years. So there's a lot of very special objects in the show to see, and, of course, a lot of interactive pieces for the kids," Panaigua said.

The “Once Upon a Time… A Toy Show” exhibit kicked off with an opening ceremony Friday that attracted Syracuse resident Drioni Vergara. Vergara, who moved to the region 40 years ago, said the event helped her connect with others in the city who also have Hispanic roots.

“I'm from Columbia, South America, and tonight I met about six other people from Colombia, so made me feel not so alone," Vergara said.

About 10% of the Syracuse community identifies as Hispanic or Latino. Census data shows the population has grown by roughly 30 percent over the last decade. 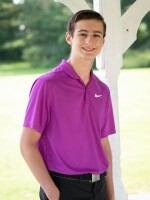 Andrew Della Piana
Andrew Della Piana is an undergraduate student studying Broadcast and Digital Journalism at Syracuse University's S.I. Newhouse School of Public Communications, expected to graduate in May of 2026. As a field researcher, he helps cover community meetings and events for WAER. Andrew aspires to be a play-by-play broadcaster at a major sports network and spent the last 2 years calling games for the UMass Lowell River Hawks. You can follow him on Twitter @Dellie_5.
See stories by Andrew Della Piana