Addressing the opioid crisis and lead poisoning will be top priorities for the Onondaga County Health Department this upcoming year.

Health officials outlined their objects to county lawmakers on Thursday during the legislature's week-long review of County Executive Ryan McMahon's proposed budget. The spending plan calls for a $2 million boost to the agency.

“We now are in a time period of going from everything everybody hands on deck responding to Covid to transitioning back to regular operations,” Rooney said.

Now, Rooney said the county has COVID-19 on the backburner compared to other pressing health issues, such as lead poisoning and the opioid crisis.

“We are the leaders in Onondaga County with all the agencies and of all the priorities between lead and opioids, this is where 2023 will be focused,” Rooney said.

The proposed budget calls for a $2 million increase for the health department. Rooney said the higher amount is due to inflation rates, increases in the special children services area, and reorganization of vital records. She said some of the budget will also go towards a new health commissioner.

“I would be remiss if I didn’t say we’ll be welcoming a new health commissioner, which I personally cannot wait for, but she will be joining us upon your approval in the beginning of November so we’ll be starting 2023 off, and running,” Rooney said.

The legislature will release its full review of the budget next week. A public hearing is set for Oct. 6 for the community to weigh in. 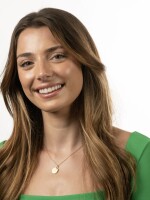