A handful of Onondaga County citizens turned out at a public hearing to share feedback on the county’s proposed $1.4 billion budget for next year.

The legislature has spent days reviewing County Executive Ryan McMahon’s 2023 spending, and Thursday evening was the public’s chance before the lawmakers take a final vote next week.

Resident Yvonne Griffin was one of four community members to address the legislature.

“We have no pharmacy on the Westside,” she said referring to the city of Syracuse neighborhood. “So anybody that lives over there on Gifford—the nearest pharmacy is West Genesee and Milton.”

Meanwhile, community member Sharon Capers said she’d like to see more funding go toward housing assistance for senior citizens, especially those that are facing unlivable conditions. She said that includes her mother, who lives in a subsidized community in Syracuse.

“She currently has roaches, rats, and bedbugs in her room. They do not toilet her, do not walk her, and she is—was supposed to be coming home. They have taken her money and have turned her to long-term care without me knowing.”

“We increased in a number of instances, Health and Human Services, and I think every community is, I don’t think any community within this county is going to be left behind or underserved,” Ryan said.

Lawmakers are set to give the budget a final vote on Tuesday. 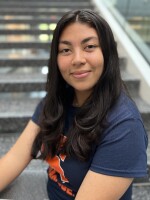