When a call comes into the Upstate Poison Center, it’s most often a parent or family member after a child has ingested something that’s not supposed to be ingested. More than seven out of 10 calls are for unintentional poisonings. Medical Director Doctor Vincent Calleo heard about people drinking cleaners or other chemicals around the house, as well as other common — and seemingly benign — substances.

“Over-the-counter medications that sometimes children will get into accidentally. Sometimes we may get calls from things that are relatively common, including things like Tylenol and ibuprofen—much the kid has taken by accident and whether or not it is safe to keep them at home,” Calleo said.

In most of these situations, emergency medical care is not needed. In 2021, 90% of calls from parents involving children 5 years old and under could be offered advice through the phone. Former Medical Director Richard Cantor, a longtime pediatrician and toxicologist, said some of these exposures can be serious, like when a toddler takes an adult dose or more of prescription drugs. In more serious cases, Upstate staff advised EMTs and hospital staff, then, follow the care of the patient. Cantor said with slightly older kids, the exposure to pharmaceuticals, many for mental health issues, can be intentional.

“Psychiatric and psychoactive are well distrusted in our society and those will turn into intentional exposures. With suicide attempts and gestures, cries for help, a disturbed adolescent would come home from school and just gobble. And that got complicated because you got side effects of six drugs, five drugs two drugs,” Cantor said.

Of course, other at-home medications furthered problems, with diet pills like Fen-Phen, and the epidemic of abuse of opioid painkillers. The pandemic has brought on yet a new kind of threat with which the Poison Center has had to deal.

“Accidental exposures to some of the at-home test kits for COVID-19. Normally some of the smaller children may accidentally get into some of the liquor. So, we have been seeing an uptick in a number of those types of calls,” a representative at the Poison Center said.

And remember the advice some were hearing at one stage of the pandemic when certain non-medical sources were advising to take malaria drugs and even horse medicine. Cantor was taken back by what he called 'a perfect storm of misinformation.'

Whatever the substance, parents can be panicked when they call. But the call takers – known as priceless expertise by Cantor– methodically walk the callers through their particular situation.

“The staff there are really good. You can hear them say calmly, they’ll lower their voice, they will ask very specific direct questions. But what they’re doing is very rapid assessment,” Calliva said.

They determine the seriousness and if emergency care is needed, then, make the appropriate recommendations.

“Most poising’s don’t need immediate attention, most of the time if you call us we can talk you through it and then we‘ll let you know but you can call us about anything,” Calliva said.

Now celebrating its 65th anniversary in 2022, the center started with a few people who found information on micro-fiche. Cantor estimates back in the 1980’s they’d get 1200-to-1400 calls a year. That volume now approaches 50,000 calls annually. Most do come from parents, though the center routinely helps 911 operators, emergency and clinic-based health care professionals, schools, and people at businesses. He’s proud of what the center and its staff have become.

“How many businesses can claim to be available 24/7, charge you nothing, always respond to you and follow up. And have no secondary game other than your wellbeing,” Cantor said.

The most common threats to children are, in order, drinking personal care products; drinking household cleaners and chemicals; and taking painkillers accidentally. Now, with the legalization of marijuana, products such as THC-infused foods and gummy bears can make kids dangerously sick – something they think could become a national emergency. 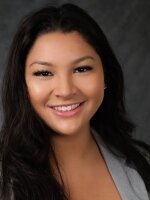 Chris Bolt
Chris Bolt, Ed.D. has proudly been covering the Central New York community and mentoring students for more than 30 years. His career in public media started as a student volunteer, then as a reporter/producer. He has been the news director for WAER since 1995. Dedicated to keeping local news coverage alive, Chris also has a passion for education, having trained, mentored and provided a platform for growth to more than a thousand students. Career highlights include having work appear on NPR, CBS, ABC and other news networks, winning numerous local and state journalism awards.
See stories by Chris Bolt