Micron deal bringing chip manufacturing back to US, Biden says

With that, the President’s visit to OCC is finished. Thank you so much for follow along on this thread today!@waer883 @WAERNews

"We’re down to producing only about 10 percent of the chips, despite leading the world in new designs. But because of the new law I signed and Chuck designed, we’re turning things around in big way," Biden said, referring to U.S. Sen. Chuck Schumer, who spearheaded the Chips and Science Act.

Because of this investment, the United States’ passing of the CHIPS and Science Act and the Micron investment, microchip production will increase by 500%, Biden says.

As he kicked off his remarks at the SRC Arena at Onondaga Community College, Biden recalled how he met his first wife, who died in a car accident, and gestured to some of her family in the crowd.

The journalists that travel with the president have entered the SRC Arena and taken their seats, signaling the president is not far behind.

The presidential motorcade is en route to OCC, where @gabe_perrin is standing by to bring you more updates https://t.co/9GuHT4WxFc

@POTUS has landed and is speaking with @GovKathyHochul, @SenSchumer, and @SenGillibrand. pic.twitter.com/wZQ0F8bbXX

Syracuse airspace has been cleared for the landing of Air Force One.

The 46th U.S. President, Joe Biden, is visiting Syracuse Thursday to give a speech at Onondaga Community College in support of Micron's recent decision to house its facility here in Central New York.

President Biden is due to arrive Thursday afternoon before venturing to Onondaga Community College's SRC Arena for his remarks.

Because of the president's visit, OCC has canceled classes at both its main and Liverpool campuses

This is a developing story. Continue to check back for updates on the president's Syracuse visit. Follow live at @WAERNews on Twitter or @WAER883 on Instagram. 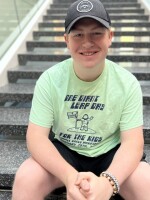 Gabe Perrin
Gabe is an undergraduate student studying Broadcast and Digital Journalism at Syracuse University's S.I. Newhouse School of Public Communications, expected to graduate in May of 2026. As a social media manager, he helps manage social media content for WAER. Gabe was born and raised in Carmel, Indiana and aspires to cover sports professionally. You can follow him on Twitter @gabe_perrin.
See stories by Gabe Perrin 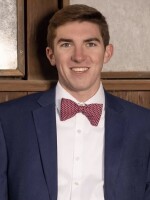